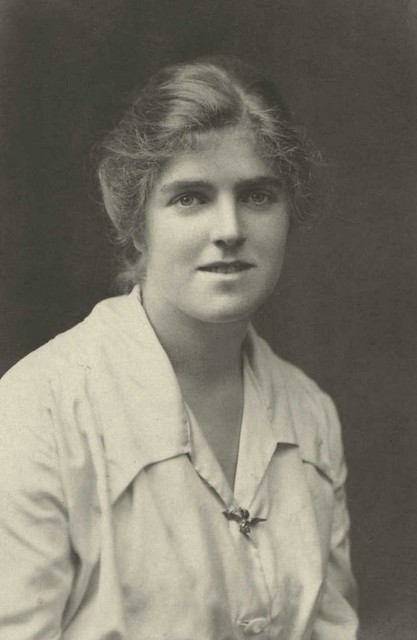 Elder daughter of William & Kate Butler. Born March 23rd 1899 at Salisbury. Her father, a Liberal agent, moved first to Rugby and then to Wolverhampton where the two girls, Winifred and Daisy, were amongst the first pupils to attend the new Girls’ High School.

When Winifred was 15, the family moved to Salisbury – her father’s birthplace – and there she attended Bishop Wordsworth’s School. Later she entered the University of Bristol (1917-21) and took her degree in Honours English and her Certificate of Education. She taught for a year at her old school in Salisbury and then married in 1922 Ernest Arthur Hinxman who had been in her form when they were at school together.

They had three children, two daughters and a son. Tony, born in 1927, died in 1929. In 1942 when her husband was serving in the Air Force, she began to take his place in the family business. After nursing him in an illness, from which he died in 1945, she became a full-time worker and finally secretary of the company which she directed until it changed hands in 1969.

Winnie herself would have helped Daphne Oram write her entry in the 1970 “Oram Family Saga”.  Below is a photograph, taken 1955 or 1956 of Winnie with her two daughters and son-in-laws and her three eldest grandchildren. 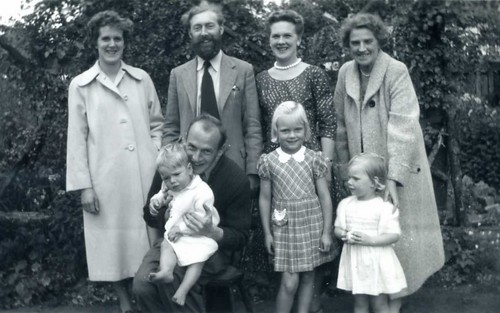