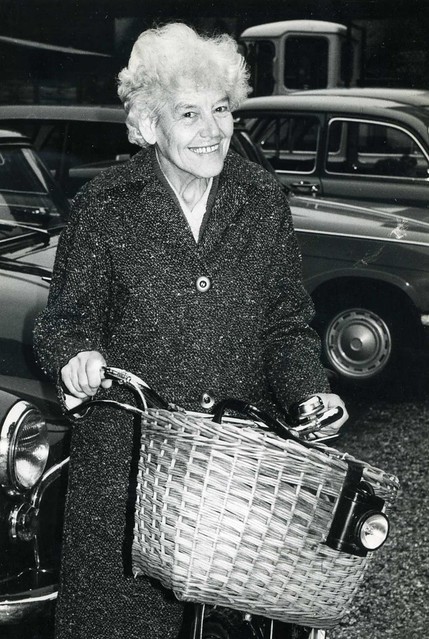 The only daughter of Emma and Alfred Hinxman. She was born in Devizes on August 29th 1895 and educated at Devizes Secondary School. When the family moved to Salisbury, Lily then attended Bishop Wordsworth School in Salisbury. In 1914 she went to Reading University College and specialised in Modern Languages. From 1921 – 1925 Lily taught at East Dean Grammar School, Cinderford, Gloucs. From 1925 – 1942 She taught at Lowestoft Secondary School. 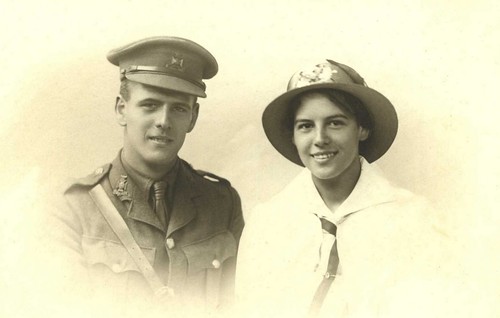 Lily with her brother Alfred James

She came back to Salisbury during her father’s illness and remained there to look after her ageing parents.

Since her mother’s death in 1955 Lily’s time has been taken up with a great deal of voluntary public work. She was a founder member of the local “Save the Children Fund”, worked for the Freedom from Hunger Campaign. In 1961 Lily became associated with Oxfam and was local secretary until 1969 – and is still working for this good cause.

Another interest that absorbs much of her time is the Local International Club which is doing much to improve race relations in Salisbury.

In 1966 Lily received the Salisbury Chamber Of Commerce Award for “her untiring work for good causes.” Her photo in this booklet is the one that appeared in the local press recording this occasion.

Lily has taken an active and invaluable part in the write-ups in this saga. She takes such a lively interest in all her relations.

Written by Daphne Oram in the late 1960s following correspondence with Lily and visits to her home in Salisbury.