How this story came to be written

Since 1947 when I first visited James and Ida Oram in Devizes, I have been intrigued when my Father-in-law started telling me all about the Oram Family. James had a wonderful way of bringing characters to life and his Irish brogue added to the pleasure of listening to him.

Our holiday in 1961 was spent in Co. Mayo with James, his brother Arthur, wife Ida and daughter Daphne. The main purpose of this visit was to show the grandchildren grandpa’s and great uncle’s childhood haunts. By the end of that holiday we had become quite steeped in Family history and Daphne B. and I encouraged James to record these stories on tape. This he did – but unfortunately did not quite complete this series before he died in 1964. 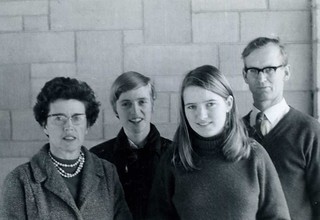 At this time our children (Carolyn and Chris) were at school in Somerset. So armed with James’s information, we went “Ancestor Hunting”. At the same time we laid out a family tree based on James’s information and sent copies to all relatives who we felt would be able to add to, and correct, the information we then had.

A most enthusiastic response came from everyone – 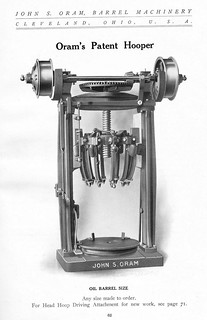 We spent a memorable day with Walter and Alice Loveridge in Oxford. They showed us pictures and gave us a catalogue dated 1907 of John S. Oram‘s works in Cleveland, Ohio – Walter also told us of his memories of Little Weston and encouraged us to carry our investigations further.

Winnie and Lily Hinxman immediately replied, giving us stories they remembered Emma Hinxman telling over and over again when she rambled on in her old age about her childhood. Lily later wrote this saga down more fully and this has formed the basis of much of what is contained in the brief biographies of John and Jane’s 10 surviving children.

Lily also asked a friend of hers who was visiting Cleveland, Ohio, to see if there were any Orams in the telephone directory there – as by this time we had completely lost contact with our American cousins. In this way in 1966 we made contact with Paul Oram, who wrote us an interesting letter.

About this time we visited Little Weston. The present owners of John and Jane‘s old house gave us some guttering that they had recently dug up with John’s signature on it. We visited Mrs. Crockford next door, who, as a young girl remembered the Orams and the visits they had from their American cousins. We also found the family graves at Weston Bampfylde – and much later, those at South Barrow.

Catherine Thomas has helped to give exact dates for our branch of the Family and she owns several of the Family treasures from Wilford Lodge.

Molly Malone and Alice Oram in Dublin gave us information of their branch of the Family. Molly kindly sent on to us all Arthur Oram’s photographs and diaries, which have been a great help. 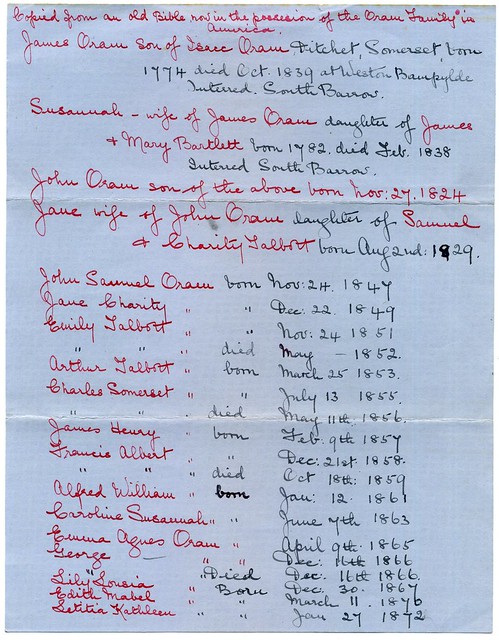 Babs Fox had given us lots of photographs and a copy of the Family births and deaths that were recorded in the front of the Bible that Jane Charity gave to John Samuel Oram after the death of their father in 1907 and also the poster and various letters. This information took us back to an Isaac Oram of Ditcheat.

In the meantime Arthur Talbot Oram (who now owns John Oram’s diaries 1824 – 1907) sent us information that he and his father James had collected in Ditcheat in 1937 – where in the parish registers this Isaac Oram’s father was recorded as “baptised as of Castle Carey”.

So to Castle Cary we went, and had an appointment with the very charming vicar there. He was new to the living but had found that some worthy in the 1930’s had card indexed all the local parish registers from Castle Cary, Ansford and the surrounding villages. Imagine our delight when in the section “O” was a thick wad of Orams! By hours of careful reasoning and cross checking we drew up the Tree right back to when dear Elizeus Oram married Elizabeth Heywarde in 1589 in the village of Ansford. We could go no further as we got to the time when parish registers were first started.

Realising how easy it is to jump into the wrong line, we most carefully checked and re-checked the birth, death and marriage of all the direct descendants. We have information available to considerably extend the Tree by showing the descendants of brothers and sisters of the main line – but as this would entail much effort without the interest of present day descendants, we have not attempted it. (We understand that today there are no Orams in Ansford, Castle Cary or Ditcheat).

We now had a complete Tree except that we had “lost” John Samuel Oram’s descendants. Then Lily Hinxman was fortunately visited by a Mr. Elmer Klaus and his wife, who knew Senator Lausche, who had always kept in close contact with his fellow Slovenes in the U.S.A. This Mr. Klaus confirmed that Frank Lausche was married to one of John S. Oram’s grandchildren – Jane Oram Sheal and on returning to the U.S.A. put Jane and Lily in contact with each other.

Jane wrote us wonderful letters and in turn went to considerable trouble to contact her cousins who have helped us.

We now have a unique Family Tree for an ordinary English Yeoman Farmer Stock (with a few cordwainers thrown in!) and with so much history to record and so many interesting photographs available which were given or lent to us from all branches of the family, we decided that a small booklet of photographs and brief biographies would bring the whole Tree to life.

So here it is – we have attempted to check all information whenever possible and may I thank all the Oram relations for their help – and also express the general hope that the younger generation will find this as intriguing as we have – and that in the future will keep their branches up to date.