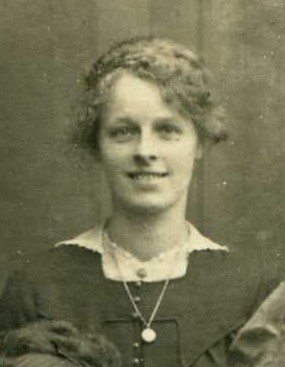 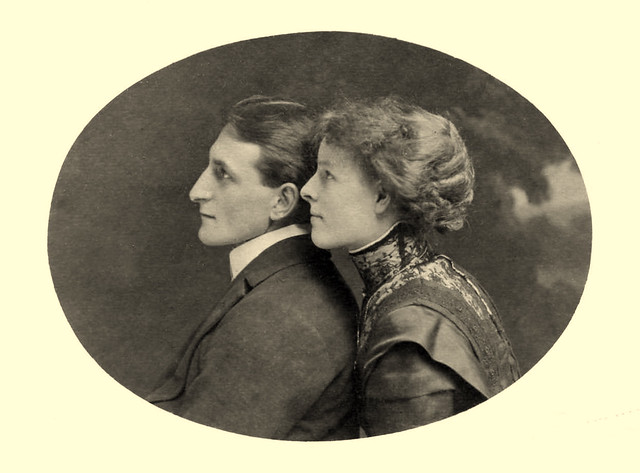 Babs Fox was the source for her own entry in the ‘Oram Family Saga’ complied by Daphne Oram in 1970.

Youngest daughter of Jane Charity and William Puttock (known to the family as Babs), born in Bristol on October 12th 1889. After her father returned to Australia, the family moved to live in the Dairy House on Charity Farm, Lovington. It was a wonderfully happy home says Babs and she remembers playing on the lawn at Charity Farm and using the niches in the Bee Wall to set out her dolls tea set. After her grandparents moved to Little Weston, Babs and her family went to live with them.

When they lived in Yeovil, Babs had met William Frank Fox (born May 8th 1889 in Yeovil). They later became engaged and they married on September 18th 1911 in Somerton, Somerset and went to live in Yeovil. The Somerton business was then sold and her mother came to live with them there until her death in 1945.

In 1914 William became a partner with an older brother in a pianoforte business his brother died a year later in 1915. William carried on the business. During the First World War he was a conscientious objector – and he worked for three different dairies during the war.

Returning home in 1919 he opened up his business again, including radio and T.V. in his range until he retired in 1955.

William was elected an elder of a local group of Bible Students in 1915 and he still addresses public meetings and conventions in various cities and towns. So both William and Babs are very active in their eighties and full of fun.

Babs used to enjoy doing pen painting which was popular when she was young – also embroidery and crocheting; and in later life, knitting.