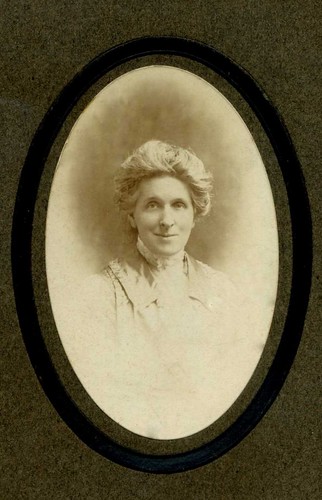 Edith’s entry was written in the 1960s by Walter and Alice Loveridge for ‘The Oram Family Saga’ compiled by Daphne Oram in 1970.

5th surviving daughter of John and Jane Oram born at Burrishoole Farmhouse, Co. Mayo on March 11th 1870. After the family moved to Lovington, Somerset, England in 1881 Edith was taught by Miss Frayling, the local schoolmistress, who later became Mrs. Perry and lived in Little Weston next door to the Oram family.

At Lovington Edith and her sister Lily were attracted to the little bible Christian Chapel and became two of its most enthusiastic adherents.    It was here that she met Walter William Loveridge, who was born at Tritchayne Farm, Colyton, Devon on August 15th 1867. At this time he was helping his father run Wheathill Farm.   Edith and Walter married on February 15th 1893. They were a very fine looking couple.

After a few years farming at Martock, Somerset (several of which had been very poor harvests), Walter took the advice of his brother-in-law Alfred Hinxman and moved to Melksham, Wilts. where he worked in a branch of F. Bird and Company, the coal merchants and lived at Homefield House, Melksham.

When they retired to Oxford, they lived next door to their only son Walter at 26 Lonsdale Road. On May 19th 1951, Edith died suddenly and on the 3rd October of the same year, Walter died of arterial sclerosis.

Of all the daughters, Edith was most like her father in temperament – firm-minded and very just -she is also remembered in the family as being the only one of his 6 daughters that John ever smacked! One day she was refusing to obey her eldest sister Jane and declaring “you’re not my mother, you’re not my teacher and I won’t do as you say!” – her father heard this and took prompt and firm action!

Both were staunch Methodists. Walter was always concerned for others – and was most worried about his youngest sister-in-law Kathleen who, after she retired seemed to ignore the rest of her family. Edith and Walter would dearly have loved to have her to live with them – but she would not even come to stay for a brief holiday. 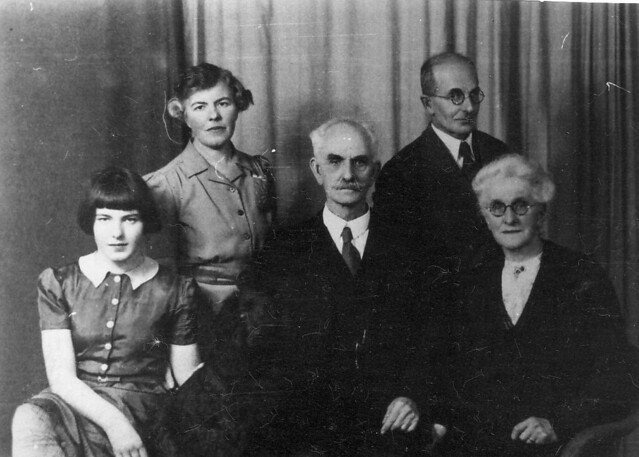 2013 footnote: In the 1901 census Walter was a grocer’s assistant in the village of Bruton, Somerset, about five miles north of Little Weston where Edith’s parents, John & Jane Oram were living. By the 1911 census the family had moved to Melksham and 16 year old son Walter was still a ‘scholar’ at a time when education was compulsory up to 13 years of age.