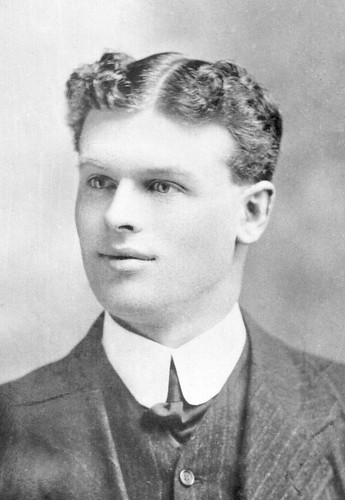 Died: May 27th 1966 at Leongatha, Victoria, Australia and cremated at Springvale Crematorium.

James’s daughter Pat and his sister Babs Fox were the sources for his entry in the ‘Oram Family Saga’ complied by Daphne Oram in 1970.

Only surviving son of Jane and William Puttock, born at Wallsend, New South Wales, Australia on February 8th 1887. Educated at Sexey’s School, Bruton, Somerset. On leaving school he went to learn farming with Mr. A. Corp, Church Farm, Lovington. Later he was cheese maker with Mr. Nehemiah Bartlett (his grandfather’s cousin) who lived at Compton Pauncefoot, near Little Weston. On December 26th 1911 he left for Australia arriving in Melbourne on his 25th birthday. There he became a travelling agent, connected with farming which he enjoyed very much. 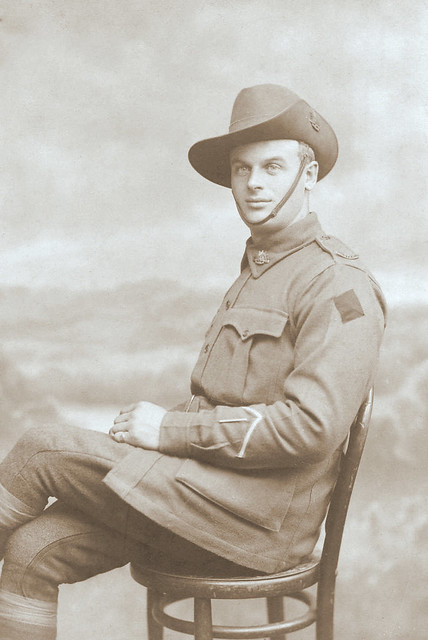 When visiting a certain market, a young man approached Jim and asked him if he was James Puttock. Jim recognised him as Frank Barnes, who had been at Sexey’s School the same time as himself. The Barnes family had emigrated a few years before and now had a ranch in Victoria. Frank’s father invited Jim to join them on their farm, which he did and so had a home-from-home with companionship of his own age until he volunteered for the Australian Army in the First World War. He came to England in 1916.

Jim saw action in France and was wounded in his head in the same action as his friend, Batt, was killed – but Jim’s wound was not serious, his tin hat saved his life. He was sent back to the base hospital for 3 or 4 weeks. 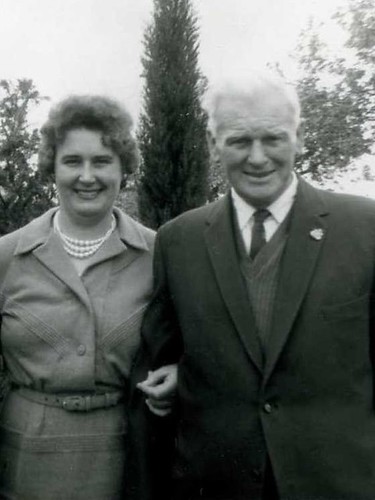 After the war, Jim returned to Australia on December 27th 1922 and married Edith Violet Sumner whose family had emigrated several years before from Ireland.

Their only child, Patricia Oram Puttock, was born on December 10th 1924. Edith was fond of sewing and made clothes for herself and Patricia. She died on February 20th 1958 – her daughter had nursed her for several months. James then moved to a bungalow at Iverlock near the sea, a few miles from Pat and her husband, Ray – so that they could visit him more often and stay with him at weekends. When he was finally taken ill, he went to stay with Pat who nursed him until he died on his grand-daughter’s birthday, May 27th 1966.

Australian War Memorial Project: The Darge Photographic Company had the concession to take photographs at the Broadmeadows and Seymour army camps in Melbourne during the First World War. In the 1930s, the Australian War Memorial purchased the original glass negatives from Algernon Darge, along with the photographers’ notebooks. The notebooks contain brief details, usually a surname or unit name, for each negative.

These two reversed images of the original glass plate negatives are described by the Australian War Memorial as:
“Studio portrait of 5125 Private (Pte) James Arthur Puttock, 21st Battalion. A farm labourer from Wallsend, NSW prior to enlistment, Pte Puttock embarked with the 13th Reinforcements from Melbourne on HMAT Ayrshire on 3 July 1916. Whilst serving on the Western Front he was wounded in action and later promoted to Lance Corporal. Subsequently transferring to the 24th Battalion, he returned to Australia on 22 September 1919.”
Jimmy’s enlistment details includes his mother Jane’s address at 23 Glenville Road, Yeovil (not as transcribed in linked site), Somerset, England. 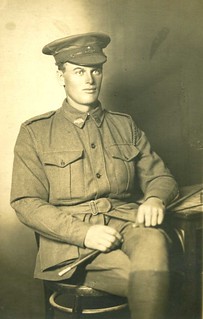 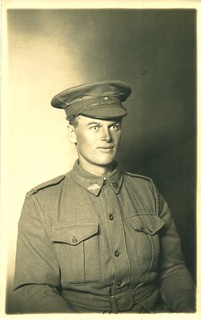 The other photograph in the Australian War Memorial that includes Jimmy was taken about five months before the end of the war: