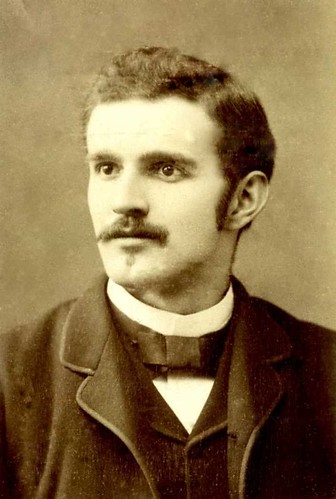 In the 1960s the majority of the oral history for Alfred and his family came from his daughter “Molly” Malone. 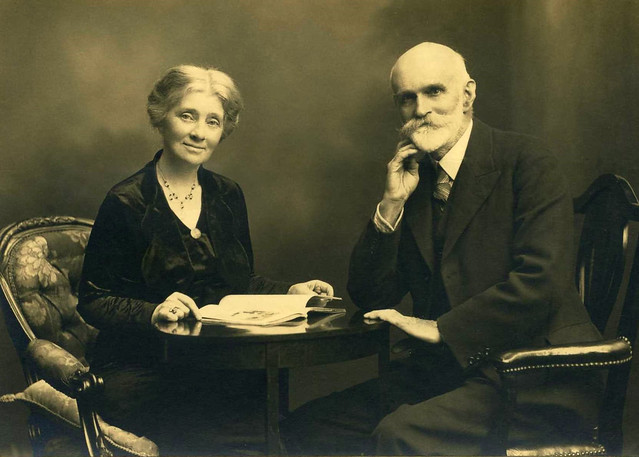 Fourth son of John and Jane Oram born 12th January 1861 at Burrishoole, Newport, Co. Mayo and, like his brothers, attended the local parish school. When he was 13 years old, the family moved to Clinsfold Farm and Alfred walked 4 miles into Horsham each day to school. Alfie was very popular at this time with his younger sisters. They greatly admired his skill in making pottery out of the clay in the local stream. Over the fireplace in the parlour he painted the Irish for “100,000 welcomed” and everyone was taken to see his handiwork.

When he finished school, Mr. Kennedy, who at this time lived in Burrishoole Lodge, used his influence to get Alfie into the Ulster Bank. So he took the long journey back to Ireland to take his exams and gain admittance. 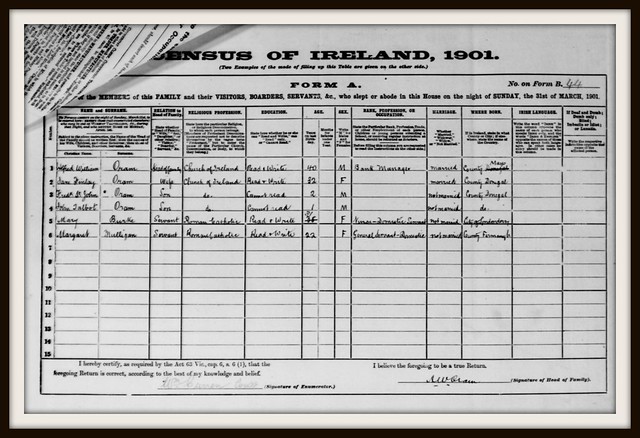 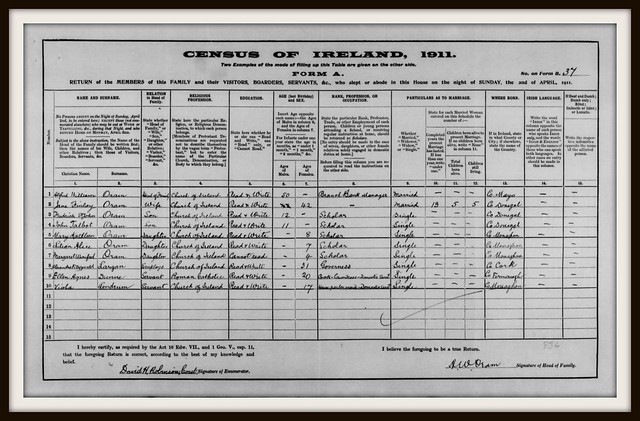 He married Jane Green, daughter of an estate agent at Ballyshannon, Donegal. They had five children, Frederick, John, Molly, Alice and Winifred.

Alfred is remembered by one of his grandnieces (Catherine Thomas) as a very jolly individual who once danced a jig especially for her – at this time he was well over 70.

(CJO: We now know that in May 1891 he became a Member of the Institute of Bankers, London. I assume at this point he became a bank manager.)