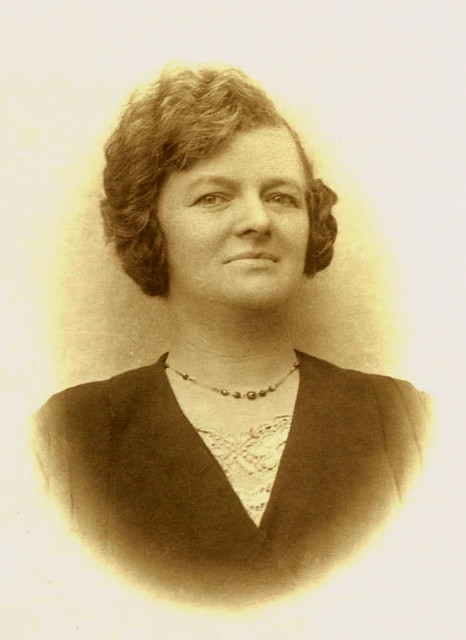 Cissy’s sister Babs Fox was the source for Cissy’s entry in the ‘Oram Family Saga’ complied by Daphne Oram in 1970.

Eldest daughter of Jane Charity (née Oram) and William Puttock, born on August 26th 1884 at Wallsend, New South Wales, Australia. She came to England when she was 3 years old. When she left school she started to train as a teacher, but was unable to do so owing to ill health. After a few months at home she entered the drapery business when she met Herbert Walter Burge, son of Caleb Burge who had a bakery and confectionery business and also a small farm. Walter was educated at King Edward School, Bath and later joined his father’s business. Caroline became engaged to him and they were married at Weston Bampfylde Church on August 19th 1908. Their only child, Victoria Edna Rita, was born May 24th 1910.

In 1913 Walter left his father’s business and entered a large firm of engineers in the Midlands as a clerk in the accounts department. He worked there until he retired.

Walter Burge’s favourite hobby when young was horse-riding. He was in the Dorset Yeomanry and when older he took an interest in photography. He was an elder of a group of bible students in the Midlands for many years.

In later years Caroline was not well and in the autumn of 1947 became worse. Her sister, Babs, persuaded her to come to Yeovil where they nursed her, but she died on October 22nd 1947 and was buried in Weston Bampfylde Churchyard, which was her wish. Walter died on April 17th 1965. 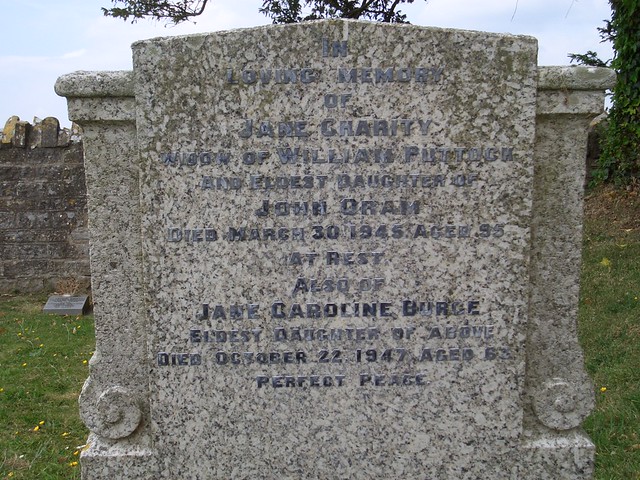