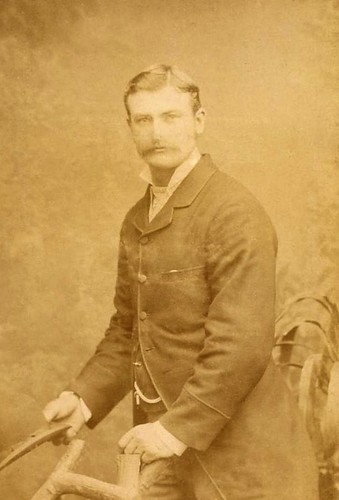 In Jane Charity Oram‘s entry in The Saga we learn that when William met Jane he was living with his uncle at Denisham Farm, Slinfold, both his parents William and Emma having died while he was young. His uncle would have been James Puttock, who had been born in Slinfold & was living at Denisham Farm in 1871. 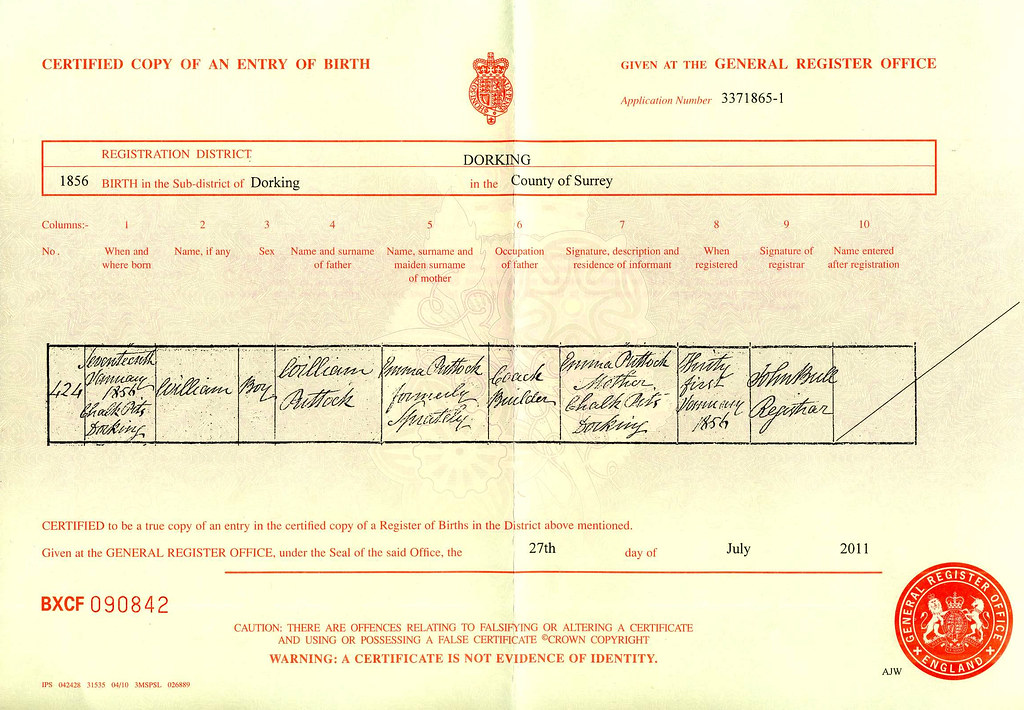 In the 1861 census for Dorking there was a 5-year-old William Puttock whose father William was born at Slinfold and whose mother’s name was Emma. A birth certificate linking the three gives Emma’s maiden name as Sprately. At the next census ten years later, William (senior)’s place as head of family and the brass iron founding business has been taken over by Joseph Fletcher, William (junior) being shown as Emma’s son.

By 1881 Joseph had become a widower and was living in Caterham, Surrey with William’s younger siblings Sarah & Caroline Puttock. The National Probate records show the date of Emma’s death to be 11 June, 1873, when William would have been 17 years old.

In 2012 we cannot trace William’s 1877 or 1890 journeys to the Antipodes. According to Babs, Jane Charity’s daughter Emma Agnes, Jane had been in contact with William and had known that he had died.  Unfortunately this cannot be confirmed at present.

There was a Reverend William Puttock who lived in southeast Australia and died in 1915. This cannot be our William as the clergyman emigrated from England in 1885, between the births of Caroline & James, during the time that we know Jane & William were in Australia. Another possible candidate was a farmer in Albany, Western Australia who married in 1926 and died in 1940.