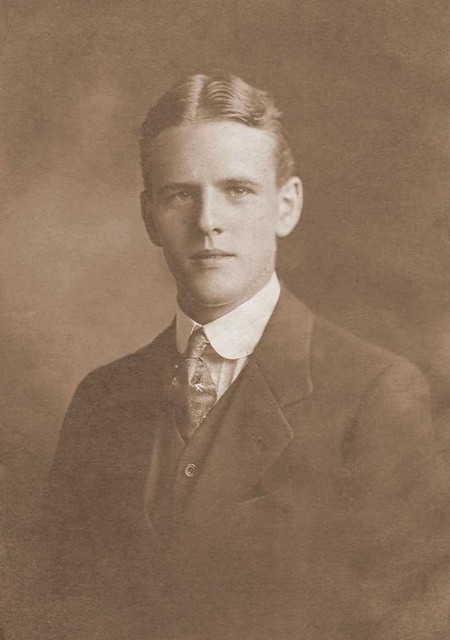 Died:  Killed in action during the 1914-18 World War on or soon after 12 Aug 1915 at Gallipoli, Canakkale, Turkey. Commemorated on  Helles Memorial panel 156 to 158 “Final resting place unknown”

In 1910 he obtained a county major scholarship and entered University College of Wales, Aberystwyth where, with the reputation of an able student, he obtained an honours degree in modern languages and his hockey cap. In August 1914 on the outbreak of war, he was given a commission in the 5th Wilts Battalion. In 1915 the Battalion was sent to Gallipoli and almost upon arrival on August 10th at Suvla Bay, it was subjected to sudden attack with numerous casualties. He was posted missing, believed killed. 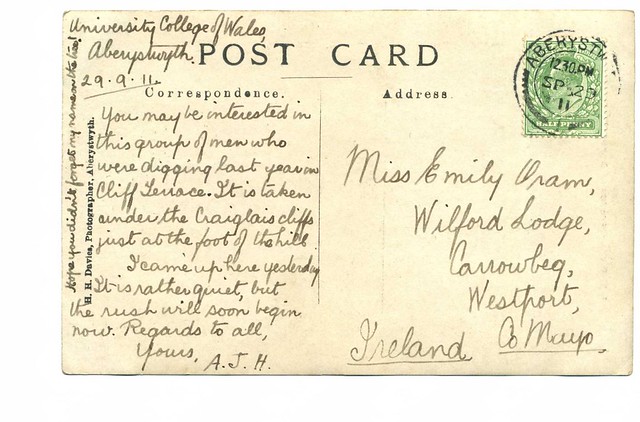 Card to his cousin Emily Oram 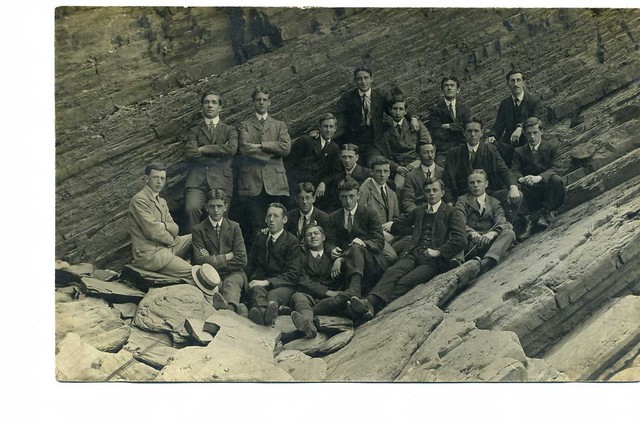 Card to Emily Oram, from University College of Wales, Aberystwyth

The following entry was written in the mid 1980′s by Winifred ”Winnie” Hinxman nee Bulter at the request of Richard Hinxman and is reproduced here with Richard’s kind permission.

Alfred’s eldest son (Alfred James Hinxman) went to Aberystwyth University.  Both he, and Lily, won County Major Scholarships.  He had just obtained a very good Honours degree in Modern Languages, gained his Hockey Cap, and was going into the Indian Civil Service.  This was in the summer of 1914, just as the war started.

He was immediately commissioned & trained in the 5th Wiltshire Regiment, which in 1915 was sent to Gallipoli.  He arrived at Suvla Bay on the 10 August 1915, and on 12 August he was posted as missing there.  It was on the anniversary of his parents wedding day in 1892 – a most tragic waste.