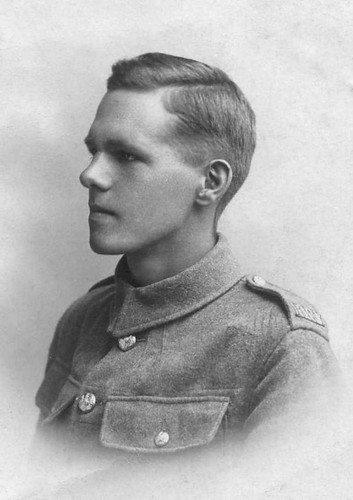 In 1917 he joined the Wiltshire Yeomanry and when recommended for a commission, trained as a pilot in the Royal Flying Corps. 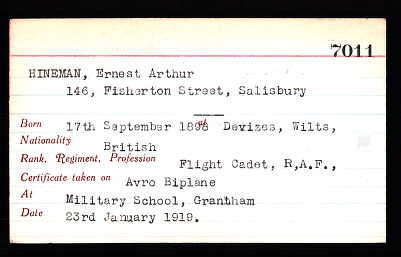 On demobilisation he entered his father’s business – Messrs. F. Bird & Co. and soon greatly enlarged the wholesale side. He became a director of associated businesses – Messrs. R. Hinxman & Co. of Devizes, The Devizes Brick & Tile Co. and later of Messrs F. Bird & Co. (Salisbury) Ltd., when it became a limited company.

He retained his interest in sport and helped to found the Salisbury Corinthian Football Club which, from a cup-winning junior team, became one of the best-known amateur clubs in Wiltshire. He was an outstanding left-back, captained the team for many years and was chosen to play for Wiltshire on many occasions.

In the 1939 War he was on the R.A.F. Officer’s Reserve and was called up as a pilot officer. He trained as a rear-gunner in a Wellington bomber and took part in operations over Hamburg, Berlin and other cities. On one return flight, the bomber was badly damaged, a member of the crew fatally wounded and the plane crash landed just as the coast was reached. This is related by his friend FT./LT. R.C. Rivaz D.F.C. in the book “Tail Gunner Takes Over” – as by “Hinks”.

He was promoted to Ft./Lt. and acted as instructor at Sutton Bridge, Lincs, and other stations. His career was interrupted by lung trouble and after spending several months in hospital, he was invalided out and returned home. He was soon confined to bed and although his doctor arranged specialist treatment for him at University College Hospital, London and the Radcliffe Infirmary at Oxford, his health slowly deteriorated. He conducted the family business from his bedroom for over a year with all his old ability – almost to his last day.