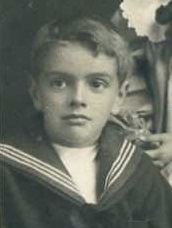 Second son of Alfred and Jane Oram. Like his brother attended the Royal School Armagh, Jack, as he was known in the family, was artistic. He unfortunately died when he was young.