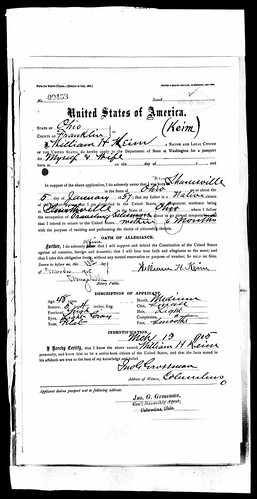 William Keim was the ninth of ten known offspring born to tailor George and Anna Keim.  George and Anna and their eldest son were born in Hesse-Kassel, in the centre of modern day Germany.  They had emigrated to the USA by the time their second son was born in 1852 and were living somewhere in Cleveland by the 1860 census.  In 1868 they were definitely living at 88 Alabama Street . George must have been a successful tailor as in 1870 he owned property valued at $2,000.

Between the family’s entries in the 1888 and 1892 Cleveland directories father George died and they moved from 88 Alabama to 1152 Superior.  Since about 1880 the elder brothers had been working for Sterling & Co who traded in carpets, curtains and oilcloths.  William became a salesman for wholesale dry goods firm Root and McBride.

In January 1900 William married Ida Oram but they cannot be traced in the 1900 census that was taken six months later. The 1904 and 1905 directory entries show that by 1904 William’s father-in-law John Samuel Oram had invited him to join John S Oram & Co as a cashier, rising to bookkeeper the following year.   William appears to have held this post until John Samuel Oram died in 1913 when he became Treasurer of John S Oram  & Co, and remained so for the rest of his life. 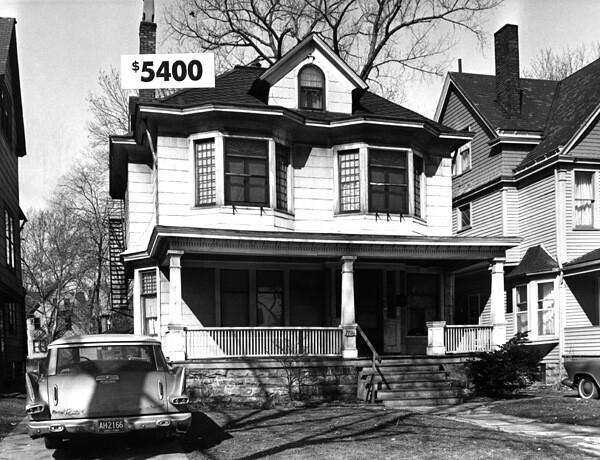 William died on 4 November 1935, 22 years before his wife Ida.  At the time they were living at 2998 Eaton Road, Shaker Heights that was described in 2012 as ‘built in 1924′.  William and Ida had been living there in 1926 so they were probably the first occupants of the house. 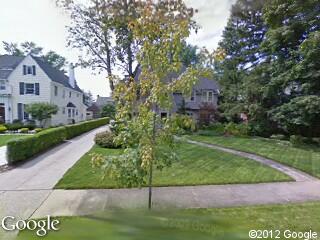 The announcement in the newspaper on 6 Nov 1935 ran: