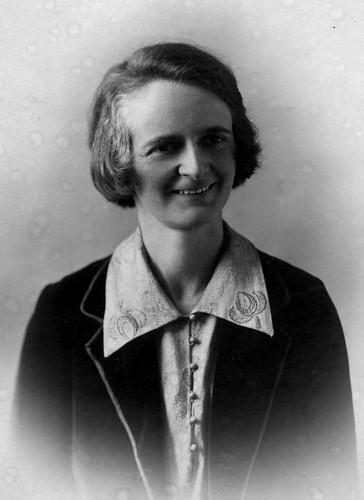 No siblings, marriage or offspring.

Died: 18 July 1976 at Tyrrell Hospital, Ilfracombe, Devon, England.  The ashes of both Nora and her mother Lily were both placed in the grave of Lily’s parents John and Jane Oram in Weston Bampfylde, Somerset.

Only child of James and Lily Allen, born September 10th 1896 at Weymouth. Has lived most of her life in Ilfracombe where her father, author of many religious books, died in 1912.  Studied horticulture for a short time at Reading University College and then took a clerical post in London during the First World War. Helped her mother in the publication of her father’s magazine, “The Epoch”. Joined the Catholic Church in the early 1930’s. Worked continuously all through the 1939 war, looking after paying guests. After recovering from a serious appendix operation, she looked after her mother until the latter’s death in 1952. She has continued to live in the same house at Ilfracombe and keeps fully occupied with keeping up old school friendships, church work and the secretaryship of an anti-vivisection society. 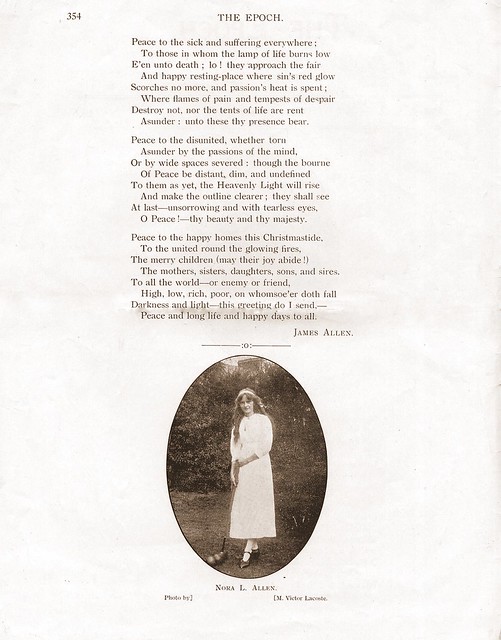 Picture of Nora, with the end of poem ” Peace Unto All ! ” by her father James Allen above. For the first half of poem see James Allen’s Page.