Eldest son of James Henry and Anna Oram of Cleveland, Ohio. Bruce and his wife Pearl lived in Shaker Heights, Cleveland. They had one daughter, Betty, who died of a throat goitre at the age of about six.  Bruce enlisted in the First World War, and died soon after in 1920. 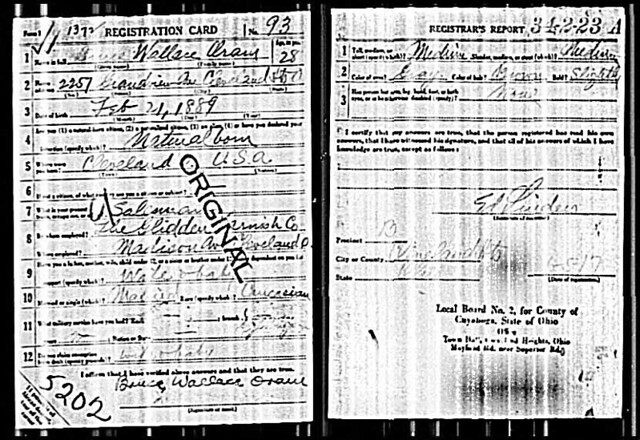 Bruce’s  1914-18 World War registration Card. Bruce would have been required to register on 5 June 1917 a few months after the USA had entered the war in April 1917.

Bruce worked as a salesman for The Glidden Varnish Company.  In the 21st century Glidden remains a well known brand name of the global paints and coatings company  Akzonobel.

Please verify your settings, clear your RSS cache on the Slickr Flickr Admin page and check your Flickr feed