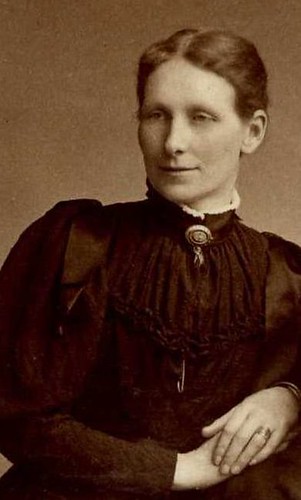 Died: 1 Apr 1920 at Wilford Lodge, Newport, Co Mayo, Ireland and buried with Arthur in the Church of Ireland churchyard at Newport.

Born 25th February 1854. Wife of Arthur Talbott Oram, mother of John, Arthur, Gretta, Emily, James and Isa.    Eldest daughter of John Anderson, Brieze House, Ballyglass, Ireland and educated at a boarding school near Ballymore, Galway. Her Grandfather Matthew Anderson came over to Ireland with his sons and James Cowan in the 1830’s from the village of Alwinton in Northumberland. We have traced her family back to a John and Isobel Anderson who lived at Barrow Mill, Alwinton in 1758.

Kathy, as she was known in the family, was loved by all her relations. Life cannot have been easy for her running a household in the time of the Irish Troubles. When she married Arthur, her father-in-law and his wife Jane had just decided to return to England as John had been shot at and the doctors said that the strain of living there was too much for Jane.

Despite this, Wilford Lodge became a very happy home for her and their children. Most summers she took the children to stay with her family and the Cowan relations at Knockroe. Arthur often reported in his diaries “Took Mrs. O and children to Newport. They caught 2.30 train” (He always referred to Catherine as Mrs. O in his diaries).

With a large young family the social activities seem to have been many – most likely often enlivened by the local parson Canon Hanney (better known as George Birmingham, the author of novels based on local inhabitants and the islands of Clew Bay).

Picnics were always fun – and there are several photographs in the family album of picnics and boating when the American cousins stayed at Wilford.

In later years Catherine suffered badly from arthritis. First her daughter Isa, then Emily came home to nurse her. Both her sons James and Arthur told me that they had never heard her complain once about her illness. Despite this arthritis Catherine did beautiful crochet work and one of her beautiful floral tapestries is still a prized possession of one of her grandchildren, Catherine Thomas.

She always kept in close touch with her Anderson relatives and when the twins were born her sister Maggie came to live with Catherine and Arthur to help look after the “wee bairns”‘.

Catherine died at Wilford Lodge April 1st 1920 a year after her husband. 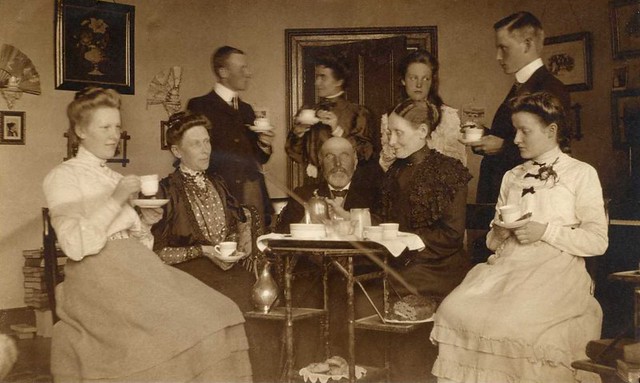