This photograph was probably taken in the summer of 1889, because Arvin born 1884 looks to be about 5 years old and Jane Oram died in early 1890. We suspect it was taken near “The Cottage”, see image below which we understand was at Lakeside. The map below shows the location of Lakeside.

Gilbert Clark, Jane Oram’s father is the only member of the family who is not in the group. Unfortunately we do not have a photograph of Gilbert.

Please see Lakeside – Chautauqua for our research into John Samuel Oram’s connection with the community of Lakeside and the Lakeside ‘Chatautauqua’. 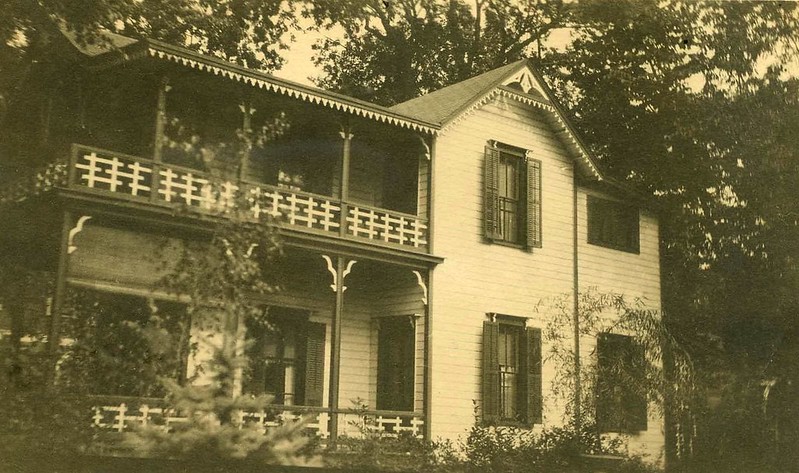 The “cottage” at Lakeside. Picture taken about 1890.